The story takes place in a fictional Japanese city named Sugomori City. One day, Noriko Sonosaki tells her classmate Katsuhira Agata, "You have been selected to be a Kiznaiver." The Kizuna System, which allows Katsuhira to share his wounds, connects him to the classmates whose lives and personalities completely differ from his.

The Kizuna System is an incomplete system for the implementation of world peace that connects people through wounds. All those who are connected to this system are called Kiznaivers. When one Kiznaiver is wounded, the system divides and transmits the wound among the other Kiznaivers. Sugomori City is built on reclaimed land, but as the years go by, the city's population is decreasing. The story is set in this town where Katsuhira and the others live.

My review!!!
This manga I chose this week is still being written so I only had a few chapters to read to finish it... Here is what I have found... 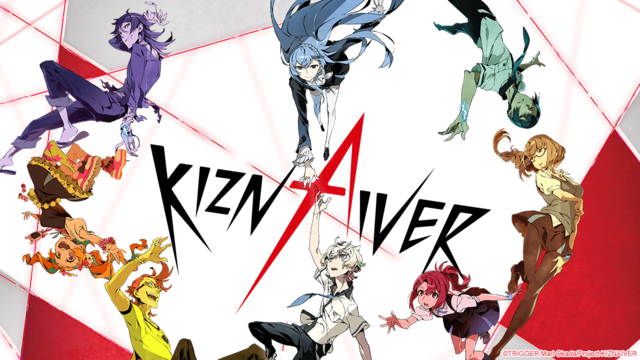 As you can see I can't really give a great review because there really isn't enough to review yet.... However there is an Anime that has a decent number of episodes if you want to look into this further... I have not watched it yet... But... Here is the link to it...

I think the consept behind the both the Manga and the Anime are interesting... The idea of sharing another person's physical pain is fascinating to me. How they pull it of in the Anime will probably be pretty cool! At some point I will watch it but I want to wait a bit till it is done airing.

On a scale of 1 to 10 with ten being a "perfect-must-read" rating I give this...
.
.
.
3
.
.
.
I really like what I read but there is a very big lack of chapters right now... So I really can't give it even a decent rank because the first few chapters are kind of lacking too. I'm not sure what is going on other than that they share the feeling of pain with each other so no one feels their own pain completely... I think... Even that I'm not really sure about.

I'm sure once there are more chapters this will be an interesting read and I may update you on how it is when that happens... But for now this is the best I can give ya!