Tasuku can see ghosts, although he'd be happier if he didn't have this ability, especially since it comes with heavy responsibilities. 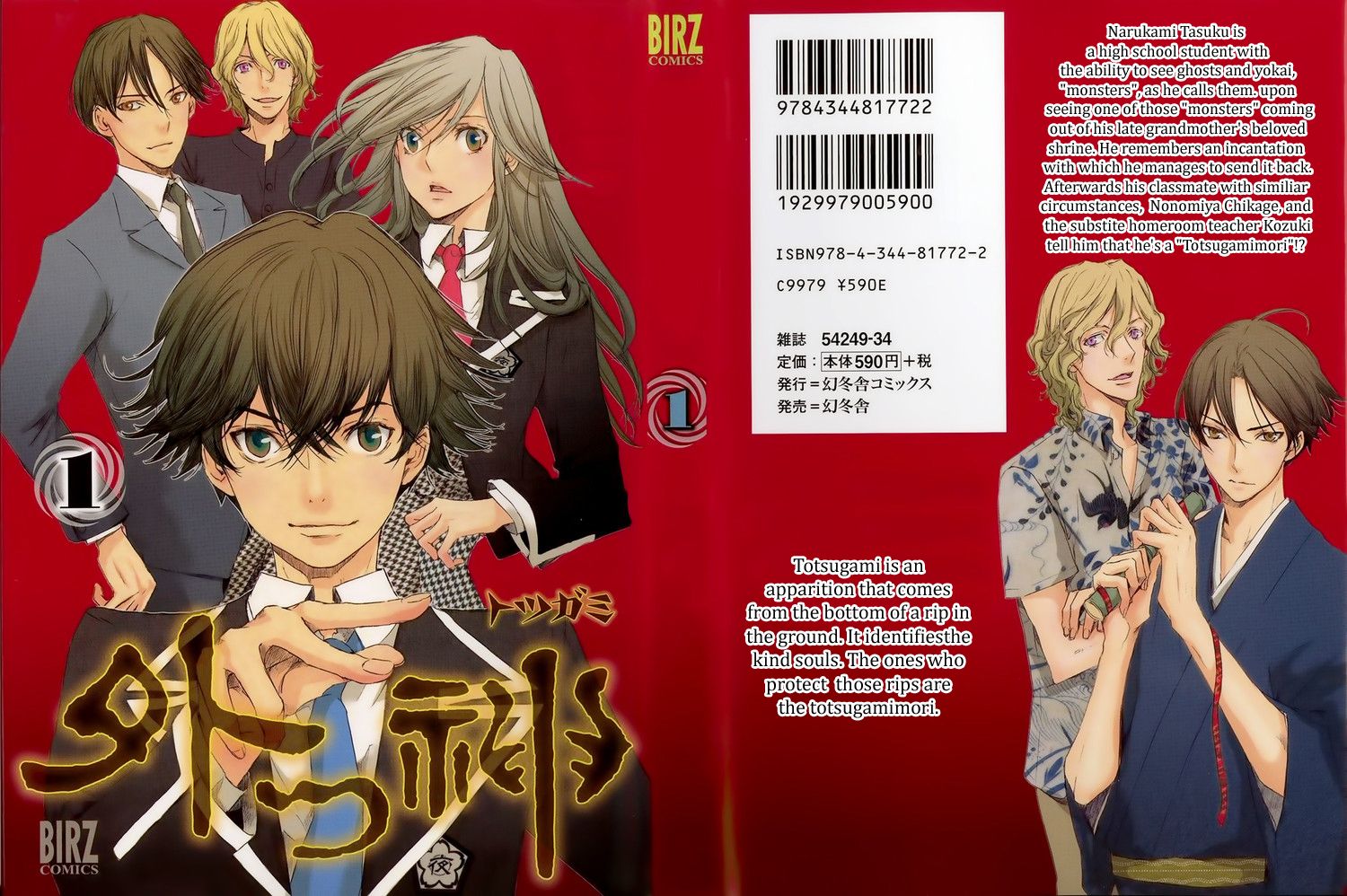 Here is what they have to say about it....

As you can see they have a little more to say than MyAnimeList did...  It has a lot more to it from the 5 chapters I have read so far... It hints at a past that had something huge happen... big enough for the grandmother to seal away the memories of the incident by placing the spells right on her grandsons body... He keeps getting fragments of information right as he needs them... I wonder if that was her intention or if this is just because of how long the memories were suppressed for!

In the one of the chapters I read there was a young teacher that also new about Tasuku's family... In that chapter the teacher removes the spell that he believes is keeping Tasuku's memories locked away... The chapter ends with our young totsugamimori being unconscious after the spell is undone but the teacher mentioning there being another spell on him.

That is just one example of the hidden past I was talking about... Of course it isn't everything that happens in the chapter but you get what I'm saying right? after all saying too much would ruin that chapter right?!?! I know it can suck because little tidbits make you want to know!

So you should check it out... But first why don't you finish reading this review?

Moving on.... By the end of the 5th chapter young Tasuku has gained quite a few interesting acquaintances... One of which is a quarter vampire! I wish I could meet someone like that!!! I mean... How cool would that be?!?!? I would love to be able to see the things he does too... It sounds like it would be thrilling and fun as well as scary... I think I'd want to know more about the random ghosts and demons I would see!

And on that note... I want you to see what I rated this one!

On a scale of 1 to 10 with ten being a "Perfect-Must-Read" rating I give this...
.
.
.
8
.
.
.
I have a feeling by the time I get through all the chapters this one is going to become a 10... But since I haven't finished it yet I can only give you the rating so far... It has suspense and mystery... It has supernatural beings... It has magic and hints at fights to come... I really think this one has a lot of potential... It could go so many places and I really can't wait to see what way it decides to go!

So I'm going to end this review here... I am going to read some more of this cause I really want to know what comes next!

As always... Thanx for reading my review!
Have a supernatural day!
Posted by Mistique Robin at 10:00 AM