Born twelve years apart, siblings Koshiro and Nanoka were separated when their parents divorced and moved to different parts of Japan; as a result, they both grew up hardly aware of the other's existence.

The story begins when 15-year-old Nanoka moves to Tokyo to live with her father and brother, the latter being 27 years old and employed by a marriage-arranging company. Koshiro first encounters Nanoka on the train one morning, and returns her dropped train pass. Despite their age difference, they feel a brief spark of connection before they go their separate ways.

Soon after that, they encounter each other once again near an amusement park, where they go on an impromptu date. While riding the Ferris wheel, the two open their hearts to each other and discuss their recent romantic woes. Nanoka comforts Koshiro when he breaks down and cries, and he realizes that he is very attracted to her. Right after the date, they meet their father, and are startled to realize they are siblings.

Koi Kaze is about Koshiro's love for Nanoka, his conflicting drive to obey societal norms, and Nanoka's growth into womanhood and her growing feelings for her brother. 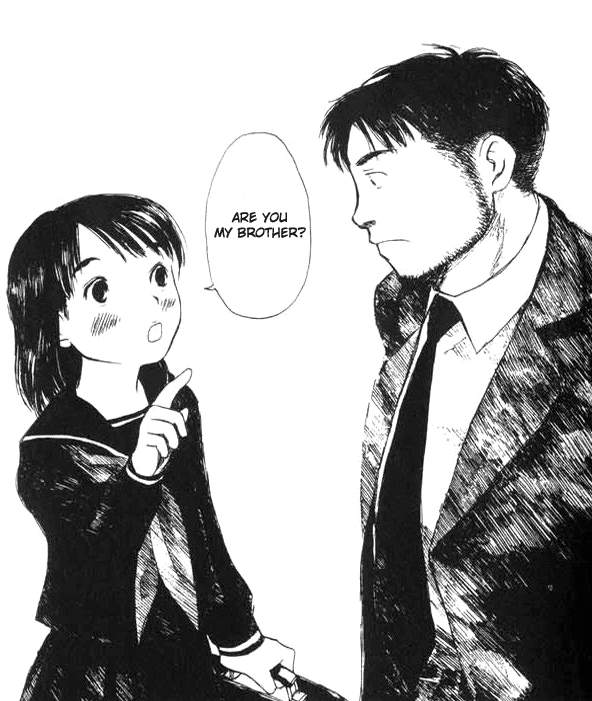 So this on is pretty much described well in the synopsis... That age gap is HUGE for some people... Not so much for others... But since this is just a story in a drawing I don't see a problem with it. I kind of felt bad that they are siblings though... I don't mean siblings like Your mom had you and I have a diffirent mom type of siblings either... They are blood related from everything I can tell right now... Though I haven't read the whole thing either so I don't know if there will be a plot twist later on.

It has served me well so far so I intend to keep that philosophy.

Besides... I don't see it doing any harm in my daily life since it isn't something I'm normally interested in.... That being said... Let's get back to the review!

The picture above is after the date when they just found out they were siblings... I can tell you right now that our young man is not happy to find this out because he can't stop thinking about her and is berating himself about it. And the following picture is what happened that has him stuck in this state... 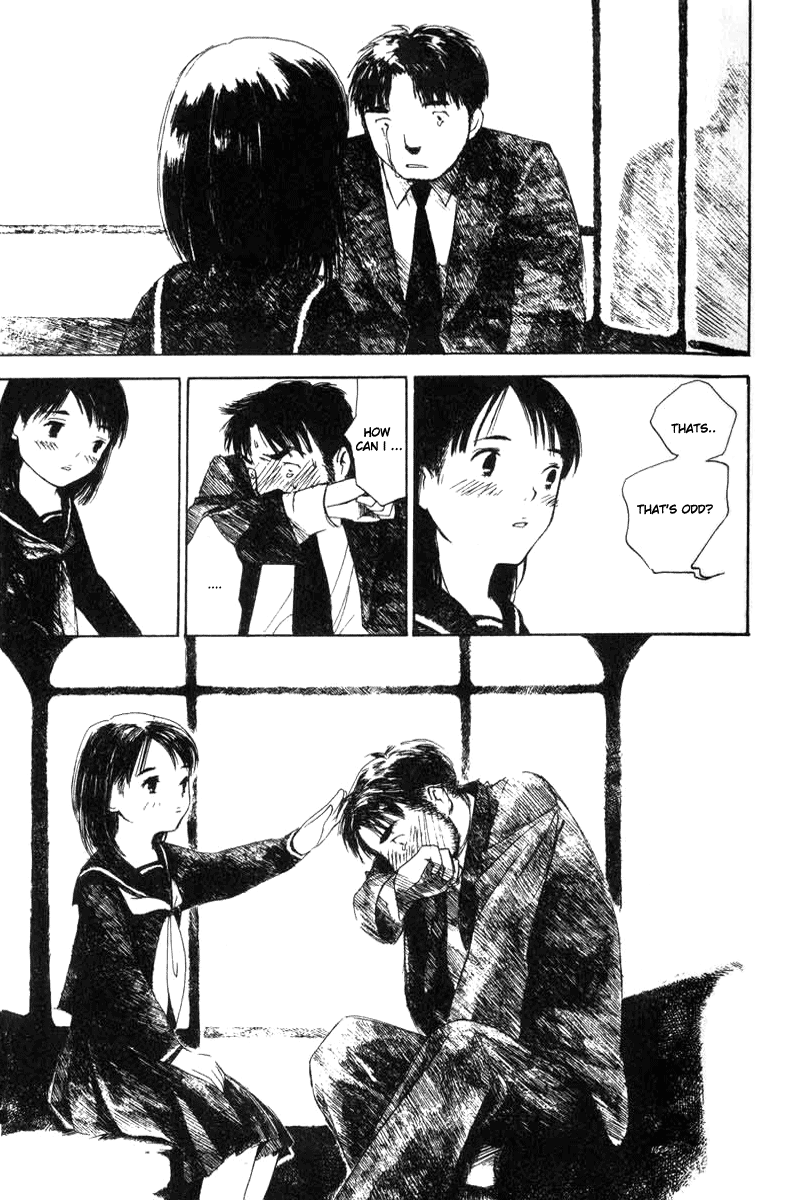 That's right... Before he knew she was family she had done something that really touched his heart. Now I'm sure you read the synopsis so you know it was an impromptu date but what you don't know is that he originally didn't intend to go with her... She asked him to. See... It is a bit more complex than just oh they are siblings and went on a date... Though I'm sure there are lots of stories out there like that... This isn't quite like it.

Speaking of that.... My rating isn't quite like my normal tastes! Check it out!

On a scale of 1 to 10 with ten being a "Perfect-Must-Read" rating I give this...
.
.
.
8
.
.
.
Surprised right!?!?! I know I was... I don't know if it will keep the high score as I read but as of chapter 5 he is trying desperately to be a good big brother and forget how he felt before he knew she was his sister... Sooo... I actually felt like he is a good guy overall... I mean come on... If you didn't know that you were talking to your sister or brother because you never really knew them and then found out that the love you had started to feel for them wasn't what it should be by common accepted standards for siblings then wouldn't you be miserable? Wouldn't you hope someone felt bad for your situation and had advice for you?

I think that they will probably end up in a romance so it will depend on how he handles that romance... After I see that I will decide if it gets to keep such a high rating... After all... If it is done badly then it doesn't deserve praise.

Just my feelings on it though... That's all for now!

As always... Thanx for reading my review!
Posted by Mistique Robin at 10:00 AM