Waking up transformed into a beautiful girl might be the stuff of some guys' fantasies, but when the suddenly effeminatized Natsuru is informed by a stuffed tiger that he's now a Kampfer, a mystical fighter who has to fight other Kampfers in female form, his life becomes a living nightmare!

Putting aside the obvious "plumbing" issues, Natsuru's best childhood friend turns out to swing the other way and SHE has a crush on his new female body. Not complex enough? Natsuru's school has separate sections for boys and girls, so he and she are now double enrolled. The rumor-mill has it that he's dating herself. And there are other Kampfers attending the school who want to take her out, and he's not sure which ones mean "on a date" and which ones mean "permanently." Oh, and did we mention that some Kampfers use swords and guns?! Hormones, fists, and other body parts will fly as the daring, new gender-bender defender must become a contender or die! 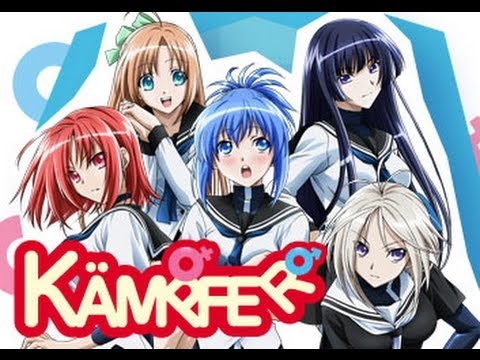 The Anime can be watched on a site I don't often use... Anime-Planet

You may be wondering why I'm mentioning now that I don't often use it? That would be... Commercials.... There are at least three sets of 4 commercials every episode. When I have to watch 5 episodes this can be quite a drag. But I find that sometimes the anime I plan on reviewing ends up being taken down from the site I originally saw it on and then I turn to sites like this.

Nothing wrong with them but I prefer add free sites.
But it can also be watched on MyAnimeList...

Anyhow.... Our blue haired beauty in Kampfer has a secret... And that is shown below... Sort of... 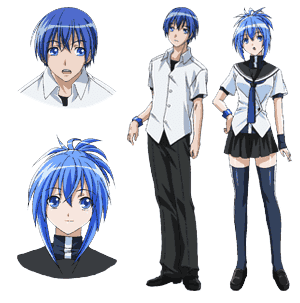 But even that isn't completely true... most gender benders mean that the original person dresses up as or is mistaken as the opposite sex... But in this case he isn't. He literally becomes a girl... He could strip and no girl would even know he was a guy! Talk about extreme!!!

I was surprised too... but now he-she is thrown into a world of fighting and none of them know exactly why they must fight each other... They just know that their bracelets dictate who is friend and who is foe... Those same bracelets are a source of power for the kids who wear them.

The thing is... Our young blue eyed blue haired beauty isn't the only one that changes completely.... Her-his partner goes from the brown haired meek bookworm type to the major outgoing gunslinger with bright red hair! Here are the two of them before and after changing... 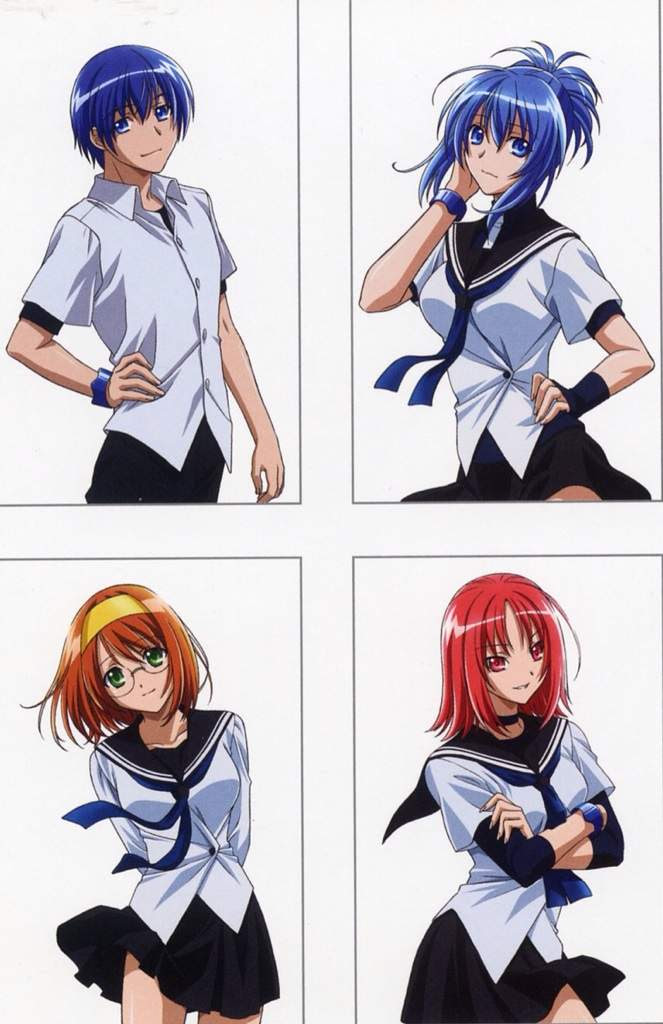 Look her eyes changed too!!! There are things about her that change which can't be seen in a picture... You have to watch to understand! I will say this... I like how they mixed it up so much! Nothing is what it seems!!!
So, if that's true... Let's see what I rated it...
Bet it isn't what you think it will be!

I'm going to end the review here... I hope it has made you a little curious about this little hidden gem of an anime!

As always... Thanx for reading my review!
Have a mysterious day!
Posted by Mistique Robin at 10:00 AM