A tale of mystery and magic. Naito and Yuta Fuuga are twin brothers with very different personalities. While Naito is inelegant and good in school, Yuta is athletic and often winds up in fights. Despite this, they maintain a close relationship. When their father turns up missing, both must travel to Dubai in search of him. A mysterious peddler has other plans though, as the twins soon find themselves in the world of One Thousand and One Nights.


You can read the manga here...

Note: KissManga is likely to have popups. 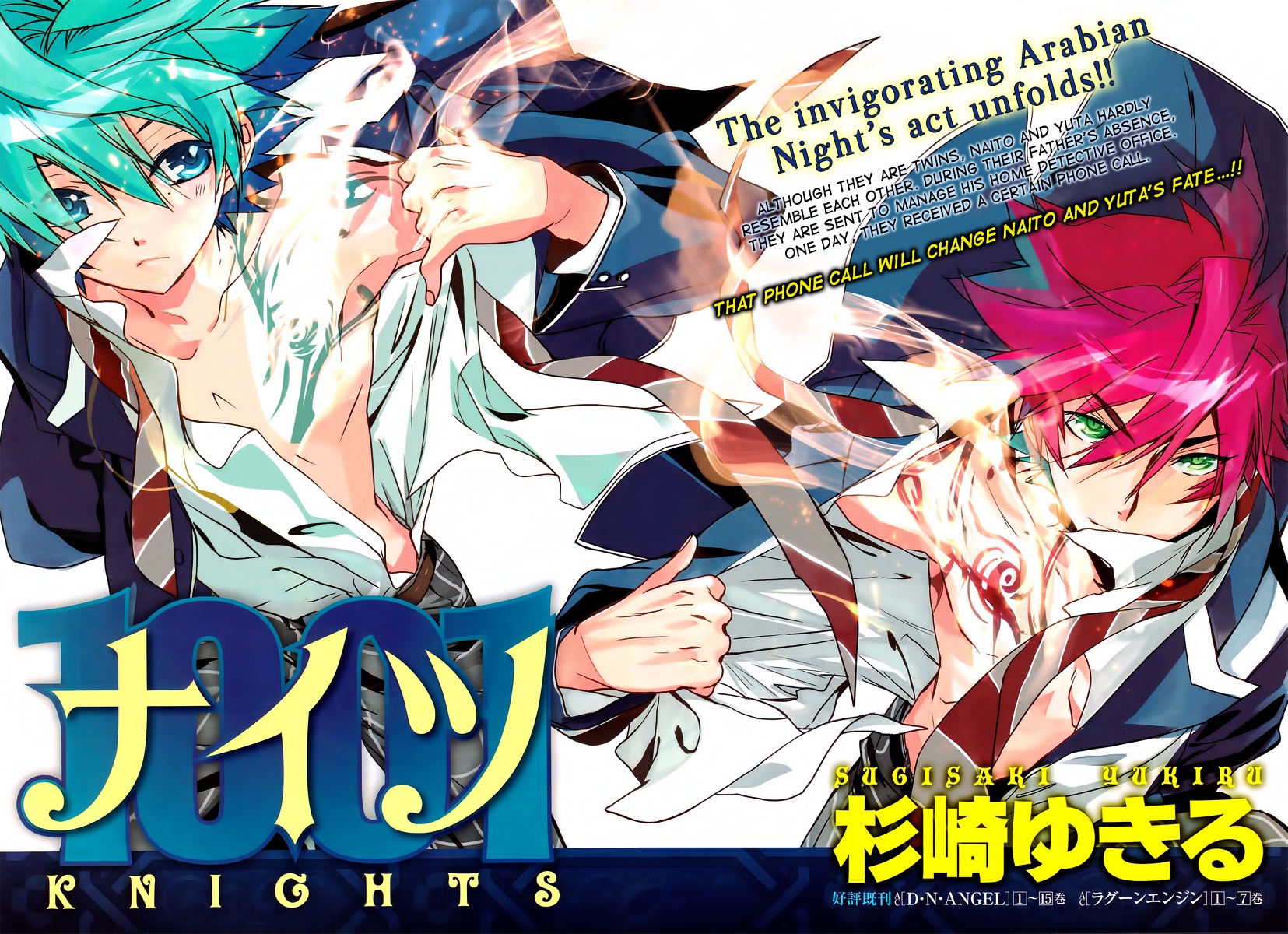 OK if I have to be honest here I don't really know what to make of this one... For me it is confusing to read and seems to make no sense but that could be just because I'm reading the free online versions instead of buying it. Things I'm sure of.... There is a huge mystery around the disappearance of the two main (i think they are the main anyhow) characters father... There is something about an organization and their dad was part of it... And.... They have a weird mark on them that isn't a tattoo. That being said... It is enough for me to want to keep trying to read it even after the 5 chapters.

Another "to be honest" fact for you... I know a lot happened in the first 5 chapters but I am going to have to go back and read them again... Maybe even twice more... And once I do that I might be able to keep up with it. Like I said... I don't know if I'm having trouble because it's the free one or if it's just me... You may have a much easier time with it so you should really check it out!

Speaking of check it out.... Check out the rating I gave it!

On a scale of 1 to 10 with ten being a "Perfect-Must-Read" rating I give this...
.
.
.
9
.
.
.
Bet you wanna know why it got a 9 when I'm so lost right??? It is partly because I am so lost... add that to some really great artwork and you get a high score on it's own... But from what I can tell the story line is going to be epic so I am kinda stuck on that too... All that put together equals a nine. It would have gotten a ten if I didn't get lost as much as I do.... A little confusion is good... For me there was just a bit too much confusion. Though that may change as the chapters progress... It's really hard to get a good idea of what a manga is like in only 5 chapters but doing any more than that would be hard to do and still get the reviews done on time! So yeah... I hope this helps!

As always... Thanx for reading my review!
Hope you have a wonderful day!
Posted by Mistique Robin at 10:00 AM