A mysterious man of outstanding beauty appeared before me... just as I lost my father to the hands of death. Although I thought he was a debt collector, I was surprised when I found out he was actually my possible foster father. Before I knew it I already fell for him - Sena-san. One touch from this man makes my heart race! Also, what is the meaning of that sudden kiss?!

This picture has all the info in it f you want to order it from somewhere... I think you can give them the ISBN numbers and they can figure it out from there!

So moving on.... Time to actually do the review!

Now as we all know... I LOVE YAOI! I don't try to hide it... I think  I even like the "Bad" yaoi... Or at least I'm told they are bad. So for me to do this review objectively was really hard!!! But I did my best and I feel that I did pretty good too!

This manga touched on a few taboo or touchy topics...
Let's list them shall we! 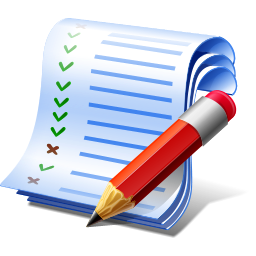 The first one was the very fact that it is about a gay couple... There are people out there who would get upset at the idea this is possible (even though it is a real thing) and those people would throw a fit... So this manga is not for you if you if you are homophobic! Neither is this review... So you can stop reading here... But the rest of you can continue!

The second one was the age gap between the two people in the couple... Though they don't say exactly how old each one is I would assume a kid still in school and a man who is president of a business have enough years between them to turn a few heads... And I don't mean in the good way!
There are bound to be people in the USA that are going to cry it's pedophile material... It's not!

The third one was the fact that this older man was supposed to be adopting this young boy and he kisses him out of no where... You have to read the manga to find out if anything else happens though! I'm sure there are people who would claim this was promoting incest.... Again... It's not!

It is drawn wonderfully... The story-line isn't a bad one... The characters grow as the story progresses... There isn't really anything I can think of that is technically wrong with it.

Wait... I take that back... It's too short! I feel like there could have been soooo much more done with more chapters... My standard 5 chapters finished the manga from what I can tell! So for those of you out there who like short stories this is a good one for you... That is as long as you don't mind yaoi!

That is easy... It was too short for me!!!! I wanted to know how there lives developed as well as their relationship... And let's not forget that we need to know if he is accepted by the older guys family!
None the less we don't find out this... At least not on the site I found to read it on!
And with this I am going to end the review!

As always... Thanx for reading what I've written!
Have a taboo day!
Posted by Mistique Robin at 10:00 AM