For weeks, Atsushi Nakajima's orphanage has been plagued by a mystical tiger that only he seems to be aware of. Suspected to be behind the strange incidents, the 18-year-old is abruptly kicked out of the orphanage and left hungry, homeless, and wandering through the city.

While starving on a riverbank, Atsushi saves a rather eccentric man named Osamu Dazai from drowning. Whimsical suicide enthusiast and supernatural detective, Dazai has been investigating the same tiger that has been terrorizing the boy. Together with Dazai's partner Doppo Kunikida, they solve the mystery, but its resolution leaves Atsushi in a tight spot. As various odd events take place, Atsushi is coerced into joining their firm of supernatural investigators, taking on unusual cases the police cannot handle, alongside his numerous enigmatic co-workers. 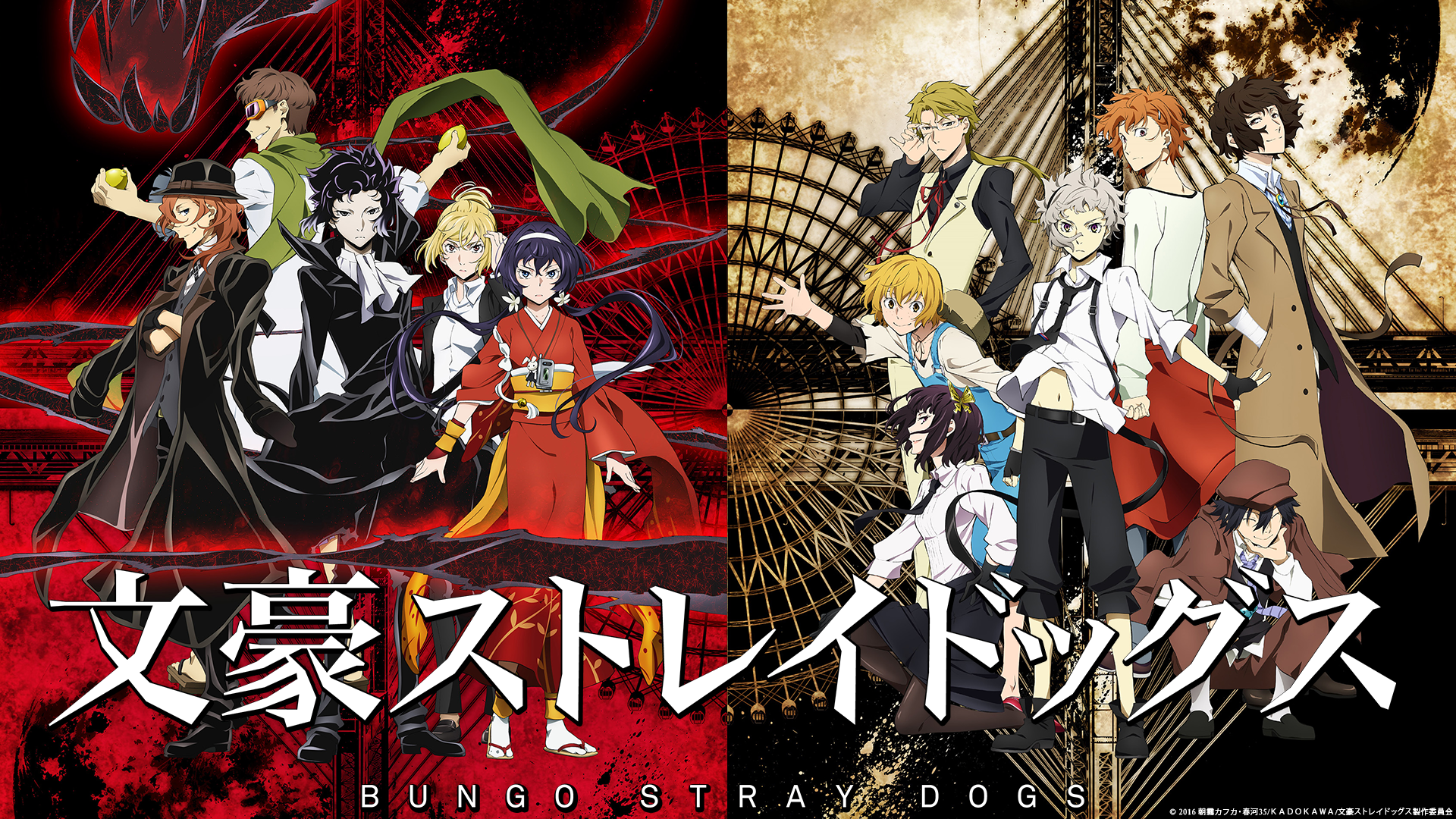 ***Our detectives are pictured on the right.***

So first thing I want to say is that this is in a lot of languages so don't be discouraged if you don't see English right away. They have it in English, Japanese, Spanish, Russian, French, and Portuguese. So just look through the list and you will find it there. 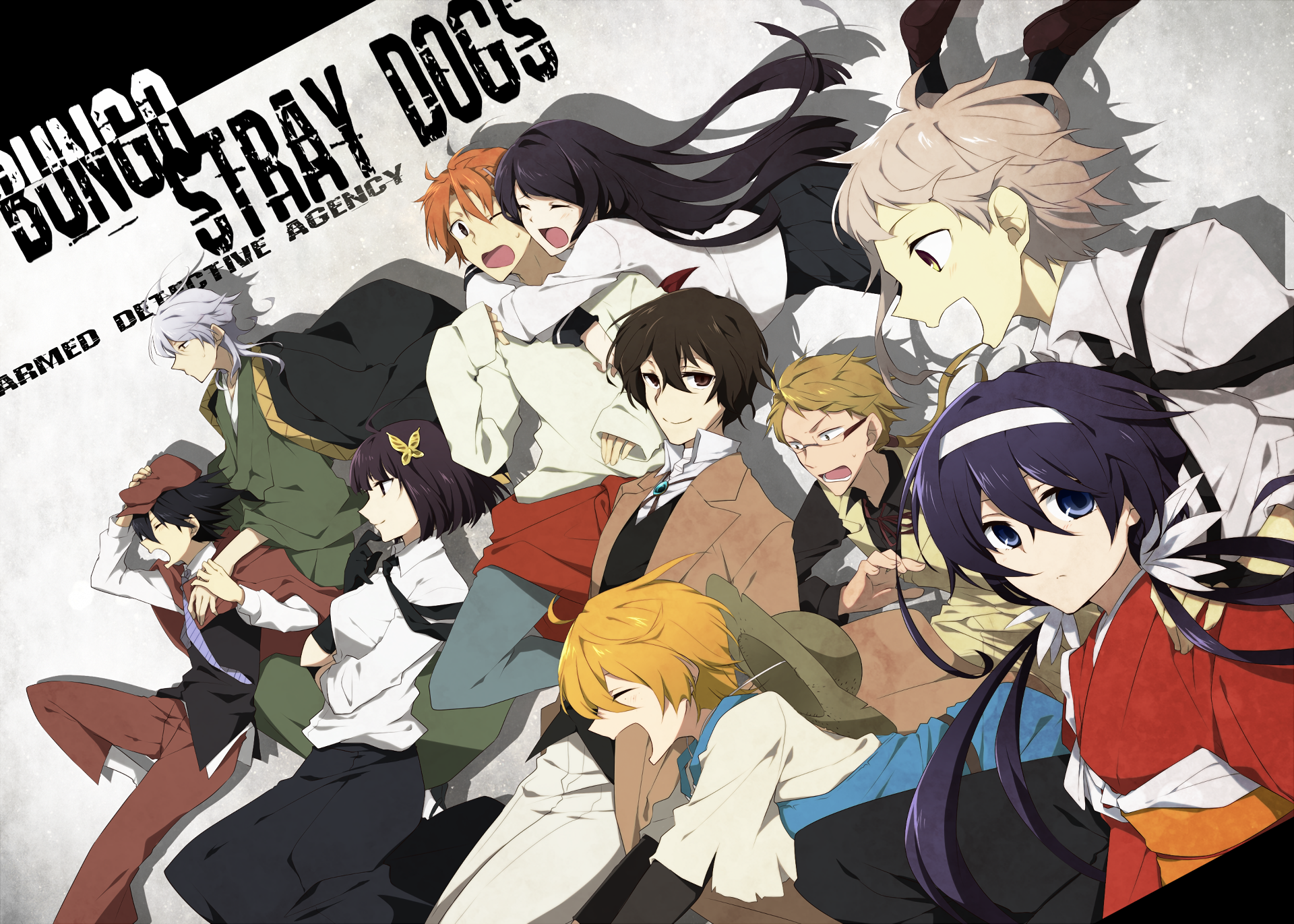 I was surprised to see so many languages when I looked though. I have to admit it was nice to think they had that many. It says to me that this is a very popular anime!

That made me happier to be reviewing it!

When I watched the opening for the first time I had to admit that there seemed to be a few secrets to come!

This added to the impression I first got and gave me the first hint to why it was popular... It really didn't disappoint me either! First off they are ALL strange in their own way... and the main character's story is kinda tragic... At least it is in the first 5 episodes... I can't wait to find out if it gets better! Then there seems to be a history between some of the mafia guys and the detectives... I hope that gets told to us all soon cause trying to guess it is driving me crazy! 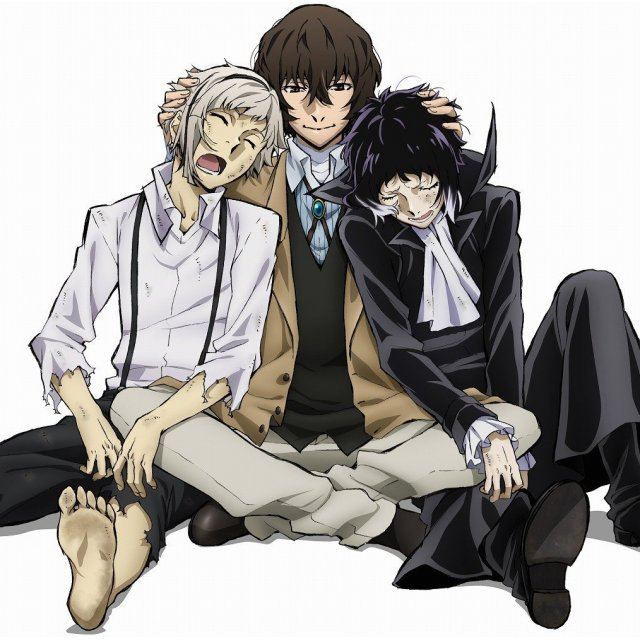 They even threw me for a loop with the guy who can't ride the train... There is a secret about him you won't wanna miss!! Oh and my son says he reminds him of an autistic savant! I have to say I think so too but you will have to make your own call!

And just what is the tie between the three pictured on the left? It's crazy but it's hinted in the opening too! Lagit one is a mafia one is a detective and the one in the middle is a mystery who is currently a detective! I wanna know!!!

On a scale of 1 to 10 with ten being a "Perfect-Must-Watch" rating I give this...
.
.
.
10
.
.
.
There are so many thing that need to be answered still but there are two seasons to answer them in... The art is amazing, the story seems like it's one that catches and holds you for eternity! I couldn't ask for more in an anime!

With that being said... This fish is still on the hook and the only way off is to finish the anime... Catch ya later, I'm going to watch more!!!

As always... Thanx for reading my review!
Hope you have a mysteriously fun day!!!