Graduate student Souichi Tatsumi is demanding, violent, tyrannical...and a homophobe. So, it's unfortunate that his best assets are a beacon to the homosexual eye: his ass and crotch. Unfortunate, indeed—for both him and his underclassman -slash- lab assistant, Tetsuhiro Morinaga, who is hopelessly in love with those assets despite the threat to his own personal safety.

Morinaga longs to tell Tatsumi how he feels, not to mention other longings... but, given Tatsumi's personality, Morinaga has a better chance of winning the lottery. 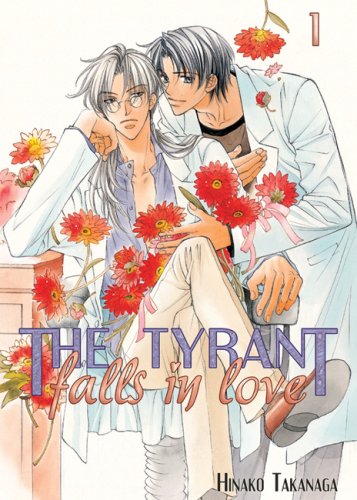 I didn't realize I'd read this one a while ago on my own. I had found it under the Japanese name during a time when I didn't care to translate the Japanese to English. I just wanted to read as much as I could and bury myself in stories! Imagine my surprise when the story synopsis sounded so familiar! Then I went looking on MangaPark for the English and got an entirely different manga! I was so confused at first! But it didn't last long.

I decided to look for the image I would use in the review and found an image that fit what I remembered from the story I read before. That lead to the Japanese name and my connection of all the dots!

Yeah I know... I should have looked at all the names it goes by when I read it so that I would know it when I saw it again. But I'm glad I didn't... This made a nice surprise after all. And since I really liked this story I was happy to read it again this time around! So here's what I thought...

The art is a bit like an older manga but gives it a nice feel... The story is well thought out and is probably one that happens often in the Yaoi Manga scene... Even though it happens often this one has a feel like it is totally new when I read it. I have seen this before but the way they handle it and how it turns out are what really make it feel unique.

Speaking of feelings... Here's what rating I felt this one deserved...

On a scale of 1 to 10 with ten being a "Perfect-Must-Read" rating I give this...
.
.
.
8
.
.
.
I have to say I really like the characters too... I think even if they weren't drawn well I'd have given this a great rating because it is one of those ones that you can really fall in love with the story and those in it. I feel like the two main ones have quite the history and finding out how long their love was one sided was huge... I was so shocked!!! Talk about committed!

And I'm committed to supporting such a great mangaka! You can buy your copy of this story right on amazon... Here's a link for you!

Amazon: The Tyrant Falls in Love

Now that I've gotten that out there I think I'll end things.

As always... Thanx for reading my review!
Hope you have a Loving and fulfilling day day!!!