At the Battle of Sekigahara in 1600, Toyohisa Shimazu is the rearguard for his retreating troops, and is critically wounded when he suddenly finds himself in a modern, gleaming white hallway. Faced with only a stoic man named Murasaki and hundreds of doors on both sides, Toyohisa is pulled into the nearest door and into a world completely unlike his own.

The strange land is populated by all manner of fantastical creatures, as well as warriors from different eras of Toyohisa's world who were thought to be dead. Quickly befriending the infamous warlord Nobunaga Oda and the ancient archer Yoichi Suketaka Nasu, Toyohisa learns of the political unrest tearing through the continent. Furthermore, they have been summoned as "Drifters" to fight against the "Ends," people who are responsible for the creation of the Orte Empire and are trying to annihilate the Drifters. As the Ends grow more powerful, so does the Empire's persecution of elves and other demihumans. It is up to Toyohisa and his group of unconventional heroes to battle in a brand-new world war to help the Empire's subjects, while protecting the land to claim for themselves and challenging the Ends. 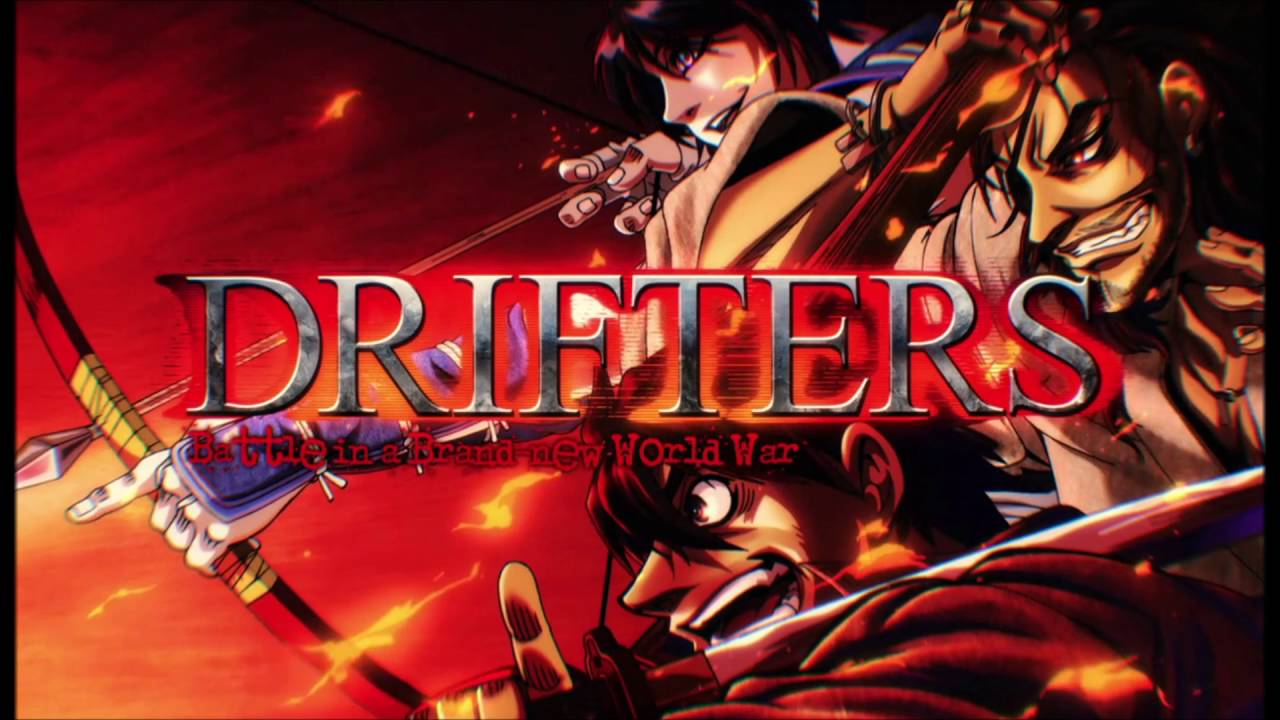 The above image isn't a very flattering one of our three main Drifters now is it... Maybe this one will show you just how.... Scary... They can be... 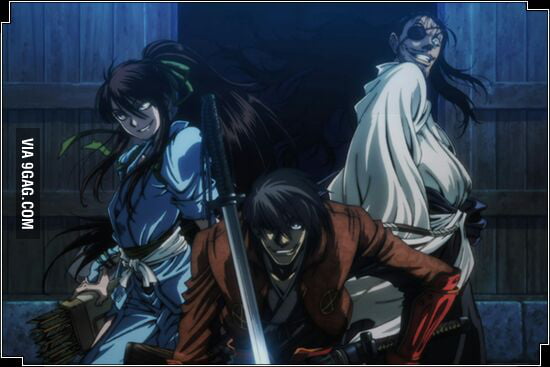 OK... So it doesn't exactly scream scary either... But it does scream crazy!
And they really do seem crazy in the way they do things... But this is war... Who is silly enough to think someone who lives in a time of constant war could ever be considered sane! Not me that's for sure!

With that in mind... I want you to pay attention to something when you watch this little diddy... Look at how each person that was sent to this world by one of these two...

She sent the "ends" to the world and this guy... 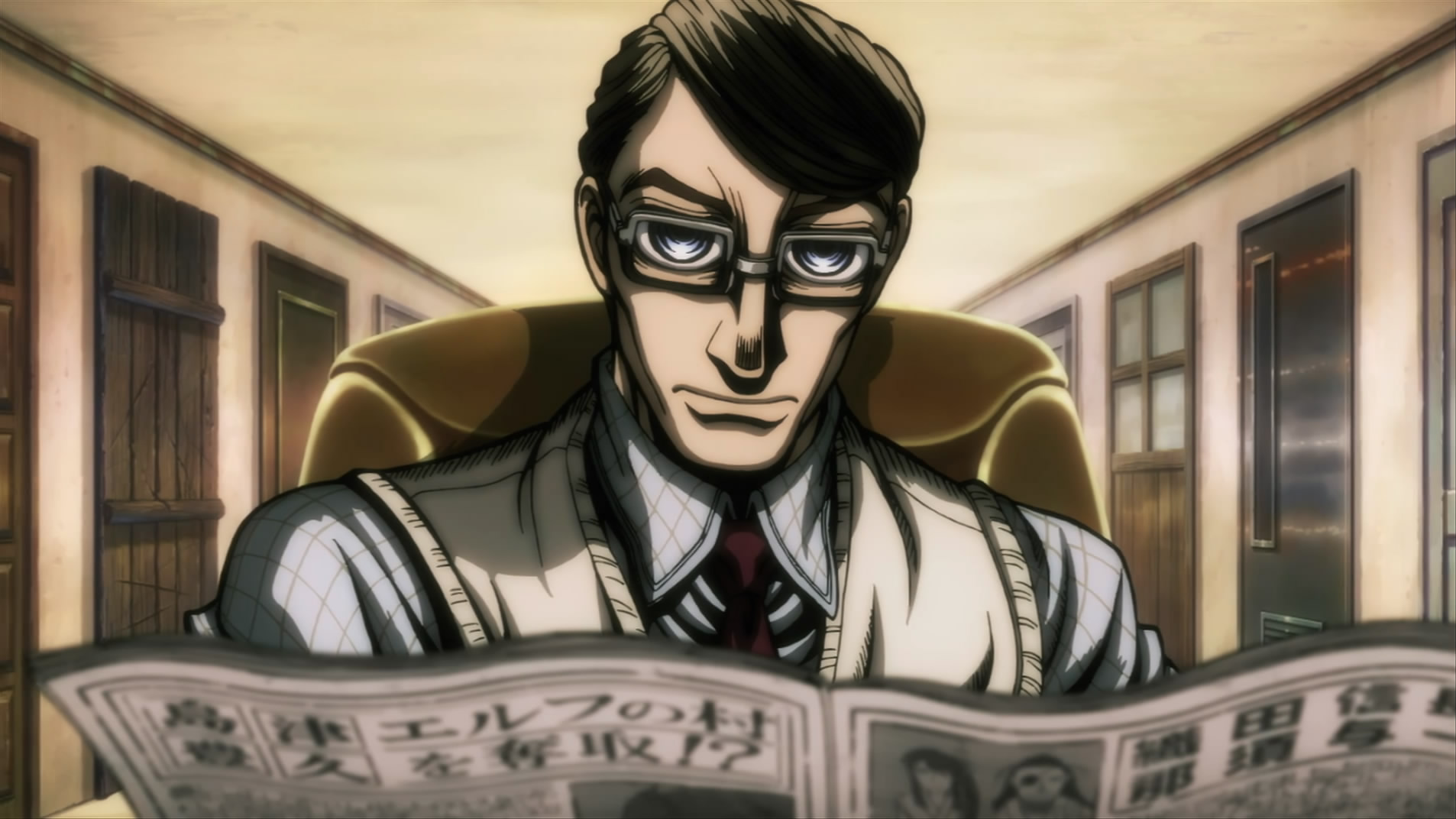 Yeah him... He sends the ones known as "drifters" to the world... To be honest it is kinda like their little game... One fixing wrongs and one creating them... I dunno the whole deal with them since not too much has been revealed though.

Anyhow... I want you to look at how each of those people view war and how they handle situations during it... It really has a different view than what a lot of people would think... It shows not only their state of mind and how it warps them but how people who are living during the war actually feel or how it changes them too... No... This one was not what I was expecting that's for sure!

I usually don't like the historical type manga or anime... This one however caught me up and dragged me along episode after episode... I couldn't get enough... I want to know how the other ends are defeated and how many other characters get introduced on each side... I want to know what happens to the current Drifters and if the three ones I showed you at the beginning make it alive at the end... There are only 12 episodes on Crunchyroll but the last one talks about a 13th... I want to find it so bad!!! If you know can you tell me please??? That way I can figure out what happens next!


With the thought of what happens next in mind.... Let's Rate it!!!


I really think I'm gonna end this review here... Hope you enjoyed it!

As always... Thanx for reading my review!!!
Hope you have a supernatural day!
Posted by Mistique Robin at 10:00 AM