Just some thoughts on Blogging!

Today, I took a different approach to writing my post… I opened word for windows and just started writing… Yes, this was actually the first few sentences that I wrote too…

I just started writing not knowing where it would lead so I didn’t know which blog to start writing on! You see… On my main Blog, I can’t post most videos because of the AdSense account that is attached to it… But I don’t post anything that doesn’t have a video when I’m posting in my Vlog-Blog… and if it isn’t something talking about my photography I don’t post on my Photo-Blog… So, starting a blog post can be tricky unless I have what I want to post all planned out completely in advance… and as you probably guessed… I didn’t have anything in particular planned for this post.

This is both freeing and troubling… Because come on let’s face it…. It is sooooo much more fun to write about whatever pops into your head than to have to write about a specific thing!

Not only that but if I am posting for my main blog I need to keep a specific amount of words in the post so that it would not be deemed as incomplete or not a good enough post for AdSense. This being said I think that is why some of my video posts are so short and kinda boring… I don’t always want to have to keep a word count going after all… Plus thinking up how to say something without sounding like I’m just adding word and not get too far below a word count is tiring… Mentally tiring that is!

I’m not saying that with the right topics it isn’t an easy thing to do… But if it’s the wrong topics it can be so hard sometimes!!! I know this first hand since I have had lots of times where I just do NOT want to write about something but I don’t have anything else to write about so I have to figure it out and force myself to come up with enough things to talk about! 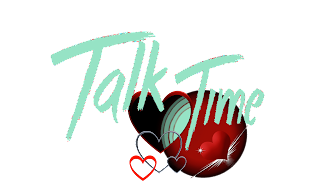 No these rambling posts of mine are not part of that forcing aspect… Rambling posts usually just flow out like water down a mountain…. A little trickle becomes a brook… Which turns into a stream… then it becomes a river and finally it's like the ocean… I start off not knowing what to write about and then before I know it I’ve written so much… Is it like that for any of you Bloggers out there?

Someone once told me that this little fact is probably what would make me a good writer… And when I add in my imagination then I’ll be a great writer!

I hope they were correct since I’m currently trying to write a book! Although… I think I’ll end this post here before it becomes a book of it’s own!

As always... Thanx for reading what I post!
Hope you have a thoughtful and fun day!
Posted by Mistique Robin at 10:00 AM