Mushi-shi: The Cure Lies in the Curse

"Mushi": the most basic forms of life in the world. They exist without any goals or purposes aside from simply "being." They are beyond the shackles of the words "good" and "evil." Mushi can exist in countless forms and are capable of mimicking things from the natural world such as plants, diseases, and even phenomena like rainbows.

This is, however, just a vague definition of these entities that inhabit the vibrant world of Mushishi, as to even call them a form of life would be an oversimplification. Detailed information on Mushi is scarce because the majority of humans are unaware of their existence.

So what are Mushi and why do they exist? This is the question that a "Mushi-shi," Ginko, ponders constantly. Mushi-shi are those who research Mushi in hopes of understanding their place in the world's hierarchy of life.

Ginko chases rumors of occurrences that could be tied to Mushi, all for the sake of finding an answer.

It could, after all, lead to the meaning of life itself..

This award-winning Anime series brings the viewer into a dream like world where ghostly organisms called Mushi hover on the borders of perseption.

It's kinda vague... lets see what FUNimation has to say...

Between this world and the next, there is a point where it becomes impossible to distinguish between plant and animal, between life and death. It is a place man was never meant to tread… This is where you will find the mushi. Neither good nor evil, they are life in its purest form. An unseen river reshaping the path of man, through their very presence we are changed.

Vulgar and strange, they have inspired fear in humans since the dawn of time and have, over the ages, come to be known as “mushi.”

Between these three descriptions we can get a pretty good idea of what the Anime is all about. What it doesn't say is that, though each episode could be considered a show all it's own, they are connected by one constant factor... though you need to check out the Anime to find out what it is!

With all the info in the descriptions it would kill the desire to check it out if I just told you! Just be sure to know the Mushi are beautiful beings... 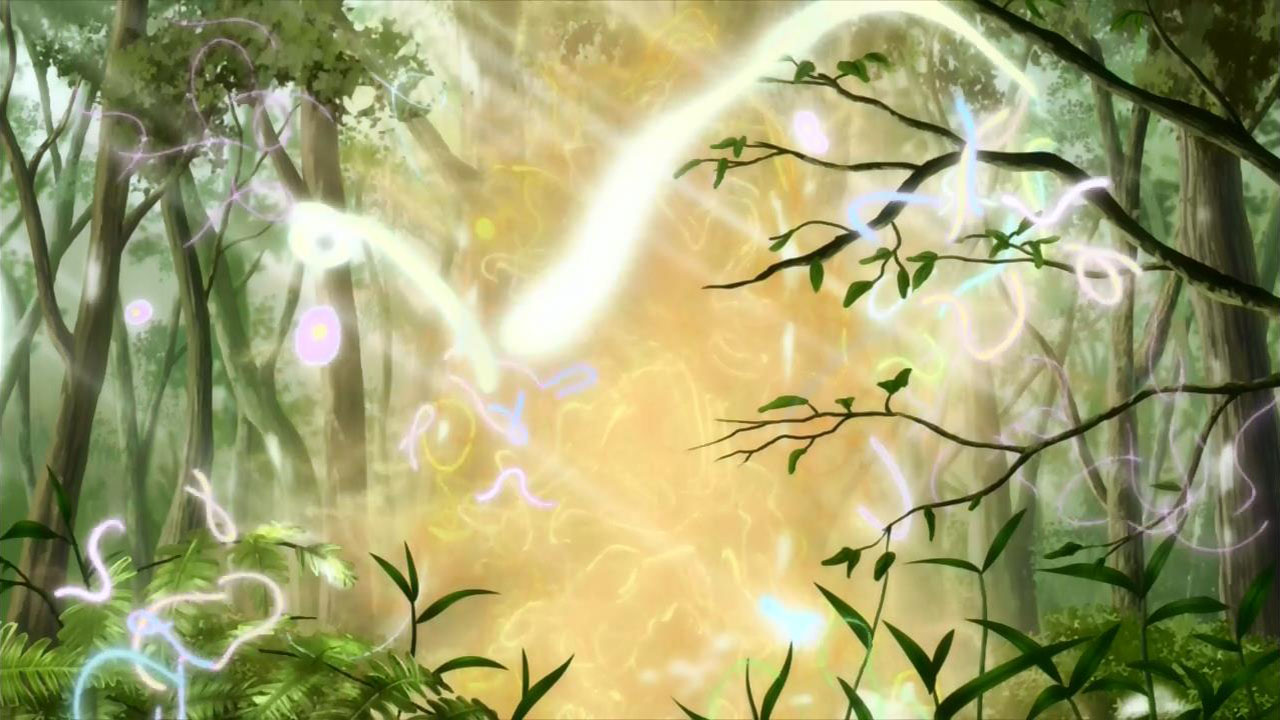 I really liked this Anime but for me there was just something missing.... It has great artwork and a good story for each episode so I was very happy with it! The fact each episode can be watched by itself leaves you with the option of watching one or more than one episode at a time. The episodes aren't too short either so it isn't like a tease.

I would definitely recommend you watch this one.