"Problem Children Are Coming From Another World, Aren't They?"

(This review will be a bit longer than most due to explaining how it will work since it's the first one... Yes the blue name is a link... It will bring you to the MyAnimeList page that lists this anime and other information about it like the related anime, backround, and voice actors. Every anime from this point on will have that link on the Japanese name. Also I will use romanji to right the Japanese names for those of you who want to know how to say the name in Japanese but don't read Japanese. I'll also be writing the review as I watch it so as to give a few spoilers here and there... though I won't always give them. Lastly, I'll be starting the review with the MyAnimeList synopsis.)

Izayoi Sakamaki, Asuka Kudou, and You Kasukabe have tremendous psychic powers and are bored with the regular world. An envelope arrives for each person, and when each opens their envelope, they are stunned to see the scenery around them change to a world they had never encountered before. They've been summoned by the Black Rabbit to help the community "No Name" to overthrow the Devil King.

Problem Children Are Coming From Another World, Aren't They?
Sorry, if you can't watch it there you can find it on YouTube here...

YouTube: Problem Children are Coming from Another World, Aren't They?

I found a playlist with them all on YouTube so if you want to watch DUB you can watch those. The video quality isn't as good as Crunchyroll but it's free so I can't complain!

Now to continue..
.
.
.
So when I first go to Crunchyroll or any other site to watch an anime I always look at the things they have to say about it... here is what Crunchyroll says..

Three problem children - Sakamaki Izayoi, Kudou Asuka, and Kasukabe You - suddenly receive an invitation to another world known as "Little Garden" from a girl called Black Rabbit. Battles, laughter, sex appeal... anything goes in this new tale of adventure!

This is only a little different from the synopsis and over all the two give us quite a bit of info! The next thing I look at is the number of episodes. In this case Wikipedia says there are 10 episodes and 1 ova. Crunchyroll has a preview but not the ova and YouTube has 11 episodes and an ova.

Not sure what one is completely right though.

LOL... ok I've watched it... the preview was catchy enough to make me want to see more. Just in case the Ova and 11th episode on YouTube are part of this season, I watched them too. Here is what I found!

The children are pulled to "Little Garden" by Black Rabbit. She is an animal-human hybrid and pretty much takes a big sister/mother type of roll to the three children. She is also the one to name them problem children!

Now to tell you a bit about the children...

Kasukabe You is the girl with the short brown hair. She Joins the no-names which is a community that has lost it's name and flag to a Demon Lord. Her gift comes from a necklace she wears. 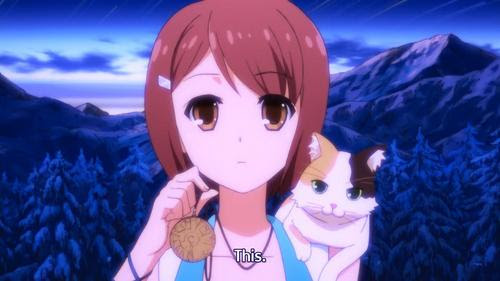 Sakamaki Izayoi is the young boy who also joins the no-names. His gift is undefined but a few things we notice is that he is very smart and super strong! Kudou Asuka is the black haired young lady who joins the no-names. Her gift is absolute control.. How she chooses to use it however seems to change from the beginning of the show and the end. 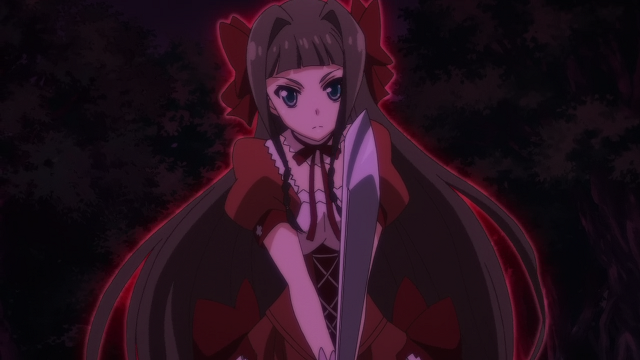 The anime itself is fast paced and exciting enough to hold your attention. There are a lot of questions still to be answered by the end of the 11th episode and the Ova just adds more to them. This is definitely an Anime that you have to read the manga to understand all of what is going on.

The reason for this is simple. It has too many questions to be a 10 but for what it does have I was very captivated by it. I would have spent hours on end to watch the whole thing if that was what it took and I probably would not have noticed how long I had been sitting there.

It's a definite recommend from me!!!

Don't forget to leave me a comment with what Anime or Manga you would like to see me rate...
The next one I rate is going to be a Manga.

I hope you enjoyed this rating! Have a great day!!!
Posted by Mistique Robin at 8:30 AM