Love Stage!!
(I'm not able to find the title in Japanese so it's posted how i found it!)

(This is the first Manga review I've done so please bear with me as I stumble through lol. I'm not sure of the setup I want to have for this Spotlight format either! It won't take me long to figure it out though so it is all good!!!)

With a father who's a singer, a mother who's a movie star, and an older brother Shougo who's the lead vocalist for the super-popular band "The Crusherz," Sena Izumi—an otaku college student—is the only dull one born into this super-famous and talented family. He loves "Magical Girl LalaLulu" and is working hard to become a mangaka, but one day he winds up appearing in a TV commercial he just can't turn down. There, he's reunited with Ichijou Ryouma, the super-popular young actor he costarred with on a project ten years prior.

Now For my Review!!!

I didn't read the entire Manga. Partly because it is still an ongoing one and partly because I'm doing a review and have to have this post out on time! This Manga is one I like a lot! It's a cute love story that you wouldn't expect and it has a lot of "classic troubles" in store for these two! It doesn't work out that way for him though!

Ryouma ends up proving it doesn't matter if Izumi is a boy or a girl because his feelings for him are not going to go away! However, because of the ridiculous way he went about trying to prove he didn't like Izumi in the beginning, he faces a lot of trouble trying to convince Izumi to like him!

Ryouma has tough competition too... Izumi has been in love with a Manga character for a long time! Her name is LalaLulu and her creator is his inspiration to be a Mangaka! Will Ryouma be able to beat his competition? Only time will tell... But I can't wait to find out!!! 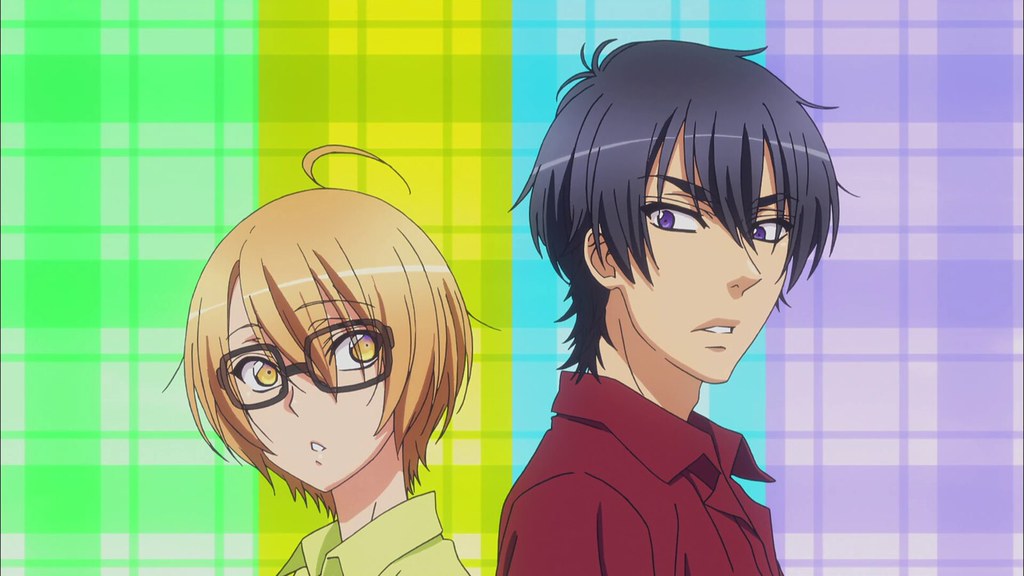 I'm not sure about you but I want to read more!

Love Stage!! is listed on this site... MangaHere...as well as on here BOTOTO. I know it was recently licensed so I don't think there are any updates on MangaHere but BOTOTO says it's still ongoing so you might have luch there. There is also the issue that MangaHere has a lot of pop-ups so I can't guarantee it is virus free. I have never had an issue there but if you want to be safe you can buy the manga or you can read it on YouTube. Here is a link to the first chapter on YouTube...

I don't know if you will find all the chapters on YouTube though.. I have seen that there are 27 chapters already published and I don't know how many volumes it is split up into. It also isn't done being written so I'm sure there are going to be chapters that are not on there and may never make it on there. If you really want to read this I recommend supporting the mangaka by buying the books!
.
.
.
Now to rate it.

The reason this got an 8 is because it has a cute story line and starts you off with a twist! I couldn't give it a higher rating because I feel there was a lot of opportunity to make this a more in-depth story that was just not taken. However I do love the story so I think I will be buying the book from Barnes & Noble. Here is a link to the first book for sale on their website to make it easier for you to find if you want to buy it!!!

Oh... Don't forget to leave me a comment about what Manga you want me to review next!
Posted by Mistique Robin at 8:30 AM