Thirteen girls, each with the ability to materialize "Elements" and summon metallic guardians called "Childs" have been brought to Fuuka Academy to battle mysterious creatures called Orphans. Each with a different personality and background, they must decide who they truly care about and why they fight.

The Anime can be watched on AnimeSeasons 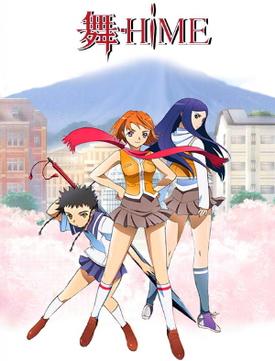 This one sounded like an odd one.... but it wasn't as odd as I thought it would be. Hime is princess so I originally thought it would be a twisted princess story... but again I was wrong. Mai is indeed special but she wasn't born some rich prissy young lady... In fact, her life has not been easy at all... and in the first few episodes her life is turned even further upside down!

Mai is the older sister we all wish we had! She is caring and kind, easy to talk to and fun to be around! Not to mention she seems like she couldn't turn away from someone in need and that makes her an "angel pretending to be human" in my book! 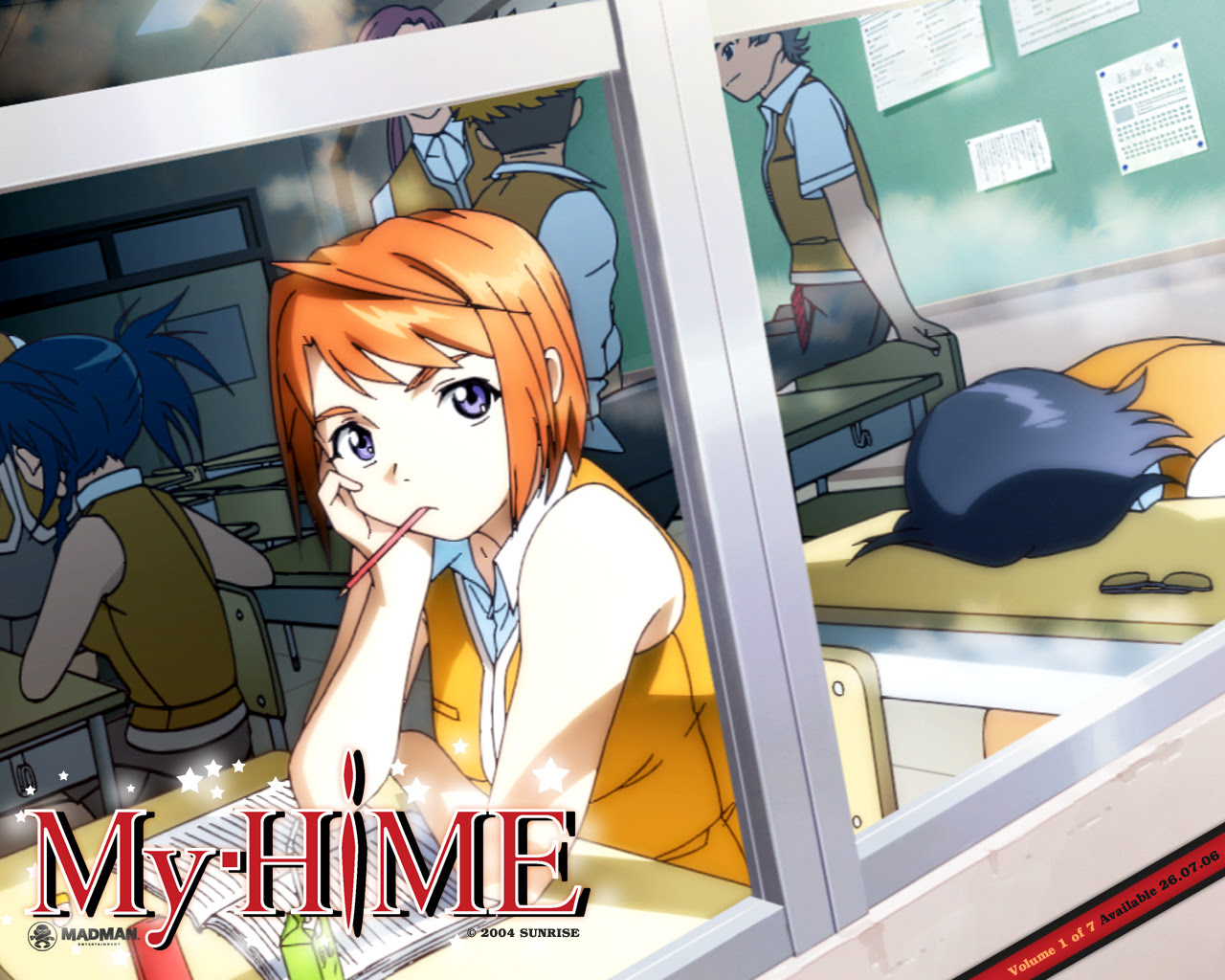 Just look at her... She looks innocent! But beneath that innocence is a fiery secret! Really fiery! Take a look for yourself if you don't believe me... 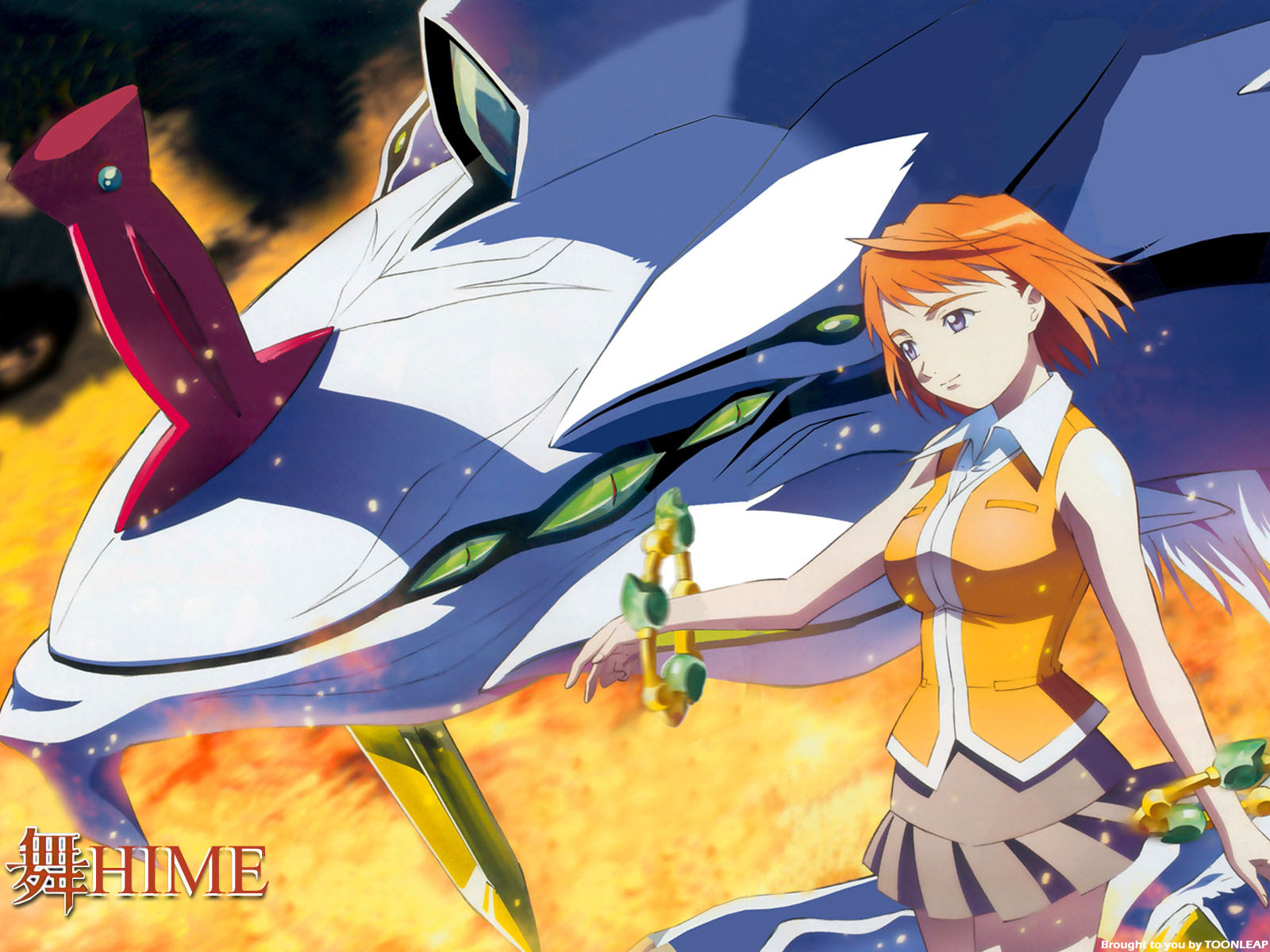 Yup... That is her fiery secret... It's her guardian! I don't know how they get to the point where she is looking this calm around him because we have only met him once by the end of the fifth episode. In that one encounter she was terrified!

It didn't help that she wasn't told anything until it was happening and even then she was only given clues to what was going on. I felt really bad for her especially since she almost dies many times in the first 5 episodes. It was almost like she was attracting death!

And lets not forget she has a little brother that she promised her dead mother she would look after. Here he is with her... Isn't he adorable!!! 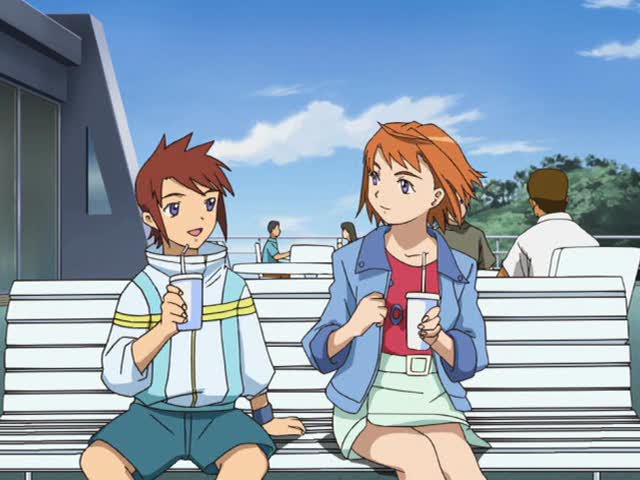 It's on the very boat in this picture (Yes they are on a boat) that Mai meets another two of the stories Hime... They don't meet on the best of terms though! But that eventually changes... here is a picture of Mai with them!

To find out how they start getting along you will need to watch the anime!

Now it's time to rate it

On a scale of 1 to 10 with ten being a "Perfect-Must-Watch" rating I give this...
.
.
.
8
.
.
.
There was suspense and mystery, Fighting, a touch of denied romance, and a lot of other things all mixed into one and that is why this got such a high mark! It kept me guessing!

Well I hope you liked the review and are looking forward to the next one!

As always... Thanx for reading my review!
Have a magical day!
Posted by Mistique Robin at 10:00 AM